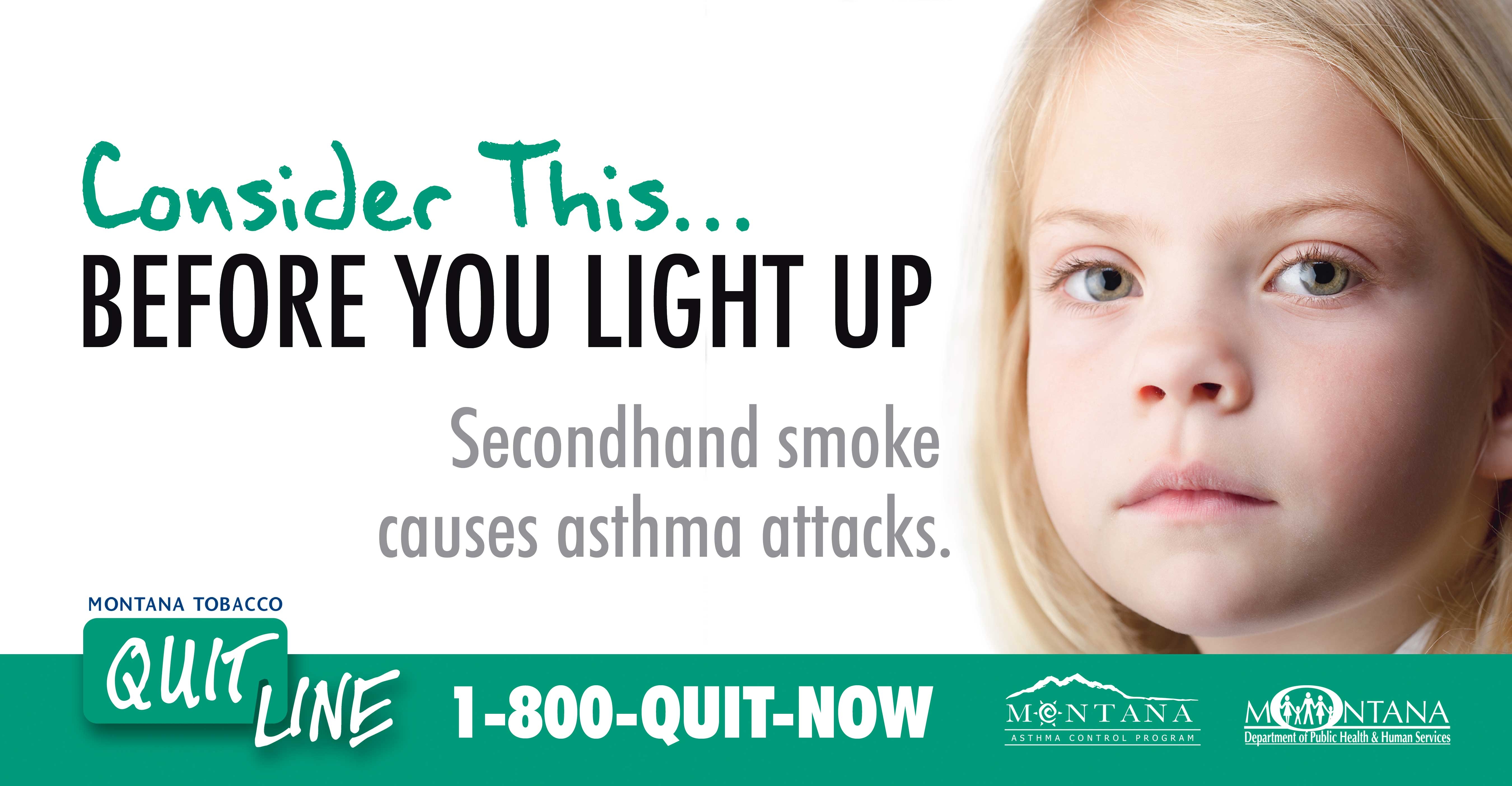 When you mention air quality, most people think of smog, wildfire smoke or inversions; but looming over everyone is the avoidable dangers of secondhand smoke. We have made great strides in improving the quality of our air, but there is still more to do. Personal choices about smoking in public still affect the air quality and health of those around– most importantly, children.

Secondhand smoke contains more than 7,000 chemicals including approximately 70 known human cancer-causing agents. For young children, even a small exposure to secondhand smoke can trigger an asthma attack or cause wheezing and coughing.1

Globally, the smoke-free movement is focusing on keeping outdoor air safe in places where youth hang out such as parks, beaches, playgrounds and plazas. There is good reason for this; nine out of ten smokers start before age eighteen. The hope is that by keeping exposure to smoking down, it will decrease the number of youth who start smoking.

The Montana Clean Air Act, enacted in 2009 requires all enclosed public places and workplaces, including bars, taverns, and casinos, to be smoke-free. However, this law does not apply to private homeowners or apartment complexes.

Even if you do not smoke, your health is still at risk. Those living in multiunit housing should be aware, smoke drifts through ventilation systems, doorways, windows and even electrical outlets. If you live in a building where smoking is allowed, become an advocate of making it non-smoking.

Being outside is not enough to avoid second-hand smoke. In 2007, Stanford University did a study on outdoor secondhand smoke and found that “a non-smoker sitting a few feet downwind from a smoldering cigarette is likely to be exposed to substantial levels of contaminate air for brief periods of time.” The study found that air pollution levels within a few feet of outdoor smokers were comparable to indoor levels that the researchers had measured in a previous study of homes and bars.1

Smoking isn’t just bad for your health, it’s toxic to the environment.

What can be done?

Creating meaningful change is up to everyone.